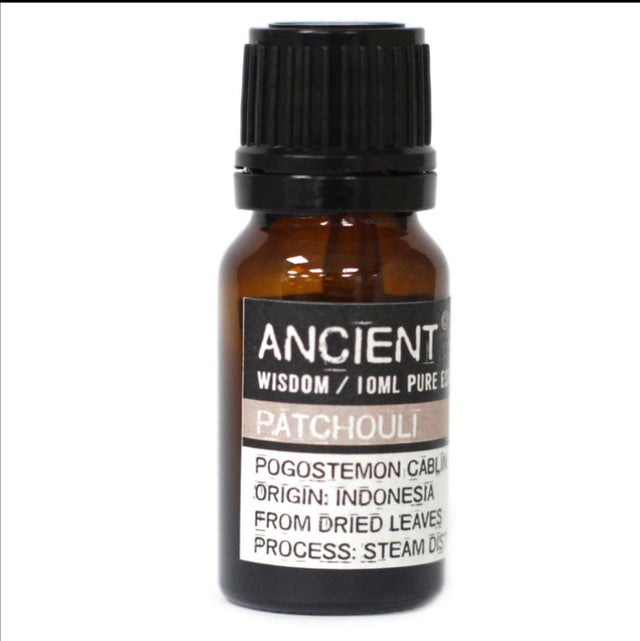 Wholesale Patchouli Oil is extracted from the Pogostemon cablin plant of the mint family and has a rich musky-sweet, spicy smell. The plant is native to Malaysia and India, where it is known as 'puchaput'. The word patchouli is derived from Tamil 'pachchai ilai' meaning, simply, 'green leaf.' Patchouli oil is extracted from the young leaves, which are dried and fermented before steam distillation. This oil improves its fragrance and power with age. It is much valued in skin care, especially in scar healing.

In eastern countries, patchouli oil is used in potpourris and sachets   between linen and clothes for the fragrance as well as to keep bedbugs and insects away. The oil is said to have a balancing effect on the emotions and create an amorous atmosphere. When used in an oil   burner, it eases anxiety and depression. Used in bath water, it is   believed to help skin and scalp complaints, fungal infections, fluid retention, break down cellulite and ease constipation. It has excellent tissue regenerating properties, speeds up healing and fights infections. Thus, it helps acne, eczema, weeping sores, ulcers, and athlete's foot.

It seems that patchouli was placed between Indian cashmere shawls before being sent to Victorian England, to protect the merchandise from moths. Without this signature smell of dried patchouli leaves, the shawls could not be sold in England. In Europe and America, patchouli oil and incense was immensely popular in the 1960s and 70s among the hippies, since the smell of patchouli covered body odour and the smell of burnt cannabis. Patchouli was used as a hair conditioner for dreadlocks. In many Asian countries, patchouli is also used as an antidote to snakebite.