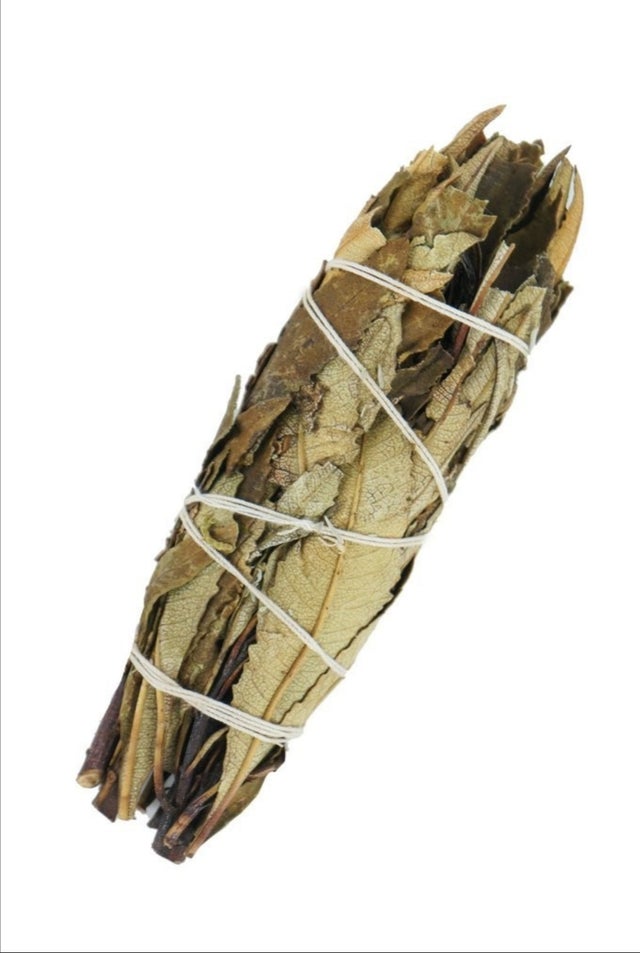 At Sage, everything revolves around the element of earth. Salvia Shasta, also known as Shasta sages is a well-known and widely used product among indigenous people of Central America, also known as the Natives, especially within shamanism. It is part of the purification ceremonies where these spicy plants are smoldered and their holy smoke is released. It stimulates the gain of visions and expels negative energy as well as bad entities. Scientific research has even shown that 94% of the bacteria in the room have been broken down after burning this herb.
Shasta sage smudge is a purification method that also changes your state of consciousness. It is manufactured from the Eriodictyon californicum plant in the Southwest of America.

Sage has a sharp, very pungent smell, to be described as spicy. Not everyone experiences this smell as pleasant. It is therefore more functional than a pleasant home fragrance. Also useful: sage is used as a natural defense against insects such as moths and mosquitoes. The yerba variety gives a somewhat sweetish smell to this spicy sage.

When the leaves are dry, they can be burned. This involves tied shasta sages leaves with a length of 10 cm. In this way it is easy to ignite. As soon as the top of the beam is lit you can wave it with a feather and spread the sacred smoke over objects, people and in all corners of a room. The leaves are bound together by a 100% cotton cord.  Shasta is focused on the third eye, the spiritual awakening. It grows at the foot of a volcanic mountain in northern California and is filled with feminine energy. The herb got its name from Spanish monks who were impressed by its beneficial effects. It was used for ancestor worship, but also to strengthen the psychic ability and to prevent ailments such as cough on a physical level.